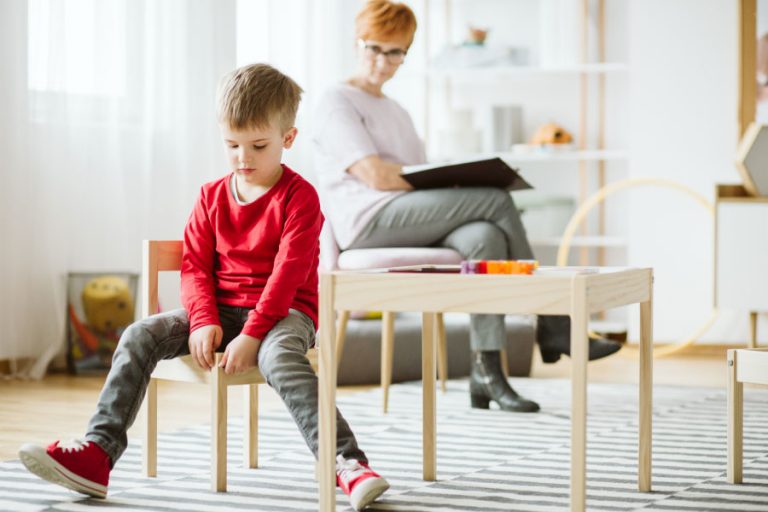 BEST OF HEMP AT YOUR FINGERTIPS.
SHOP NOW →
CBD is becoming a viable treatment option for Autism. Here is everything that a parent should know before using CBD for children with autism.
TABLE OF CONTENTS

Autism is on the rise. From 0,7% of children in the USA in 2000 to staggering 2,5% in 2016 according to the study. The difference is definitely noticeable – but is this only the consequence of changes in diagnostic practice? We can’t confirm nor deny this.

Because there are few treatments available for autism spectrum disorder, we are going to focus on CBD oil for autism. Three of the main questions that need (and will be) answered are “Can CBD oil help with autism?”, “How does CBD help with autism?” and “Is CBD oil a safe treatment for kids with autism?”. Read more and you’ll find out everything a parent needs to know when deciding to treat autism with CBD oil.

Autism or autism spectrum disorder is a developmental disorder that is best described or should we say characterized by difficulties in communication and socializing. Repetitive and restricted behaviour are also commonly displayed, and some children also display superior skills in perception and attention.

There have been some suspicions and predictions about what may cause autism, but nothing can be said with certainty. Some indications point to genetic and environmental factors, as siblings of those with autism are 25 times more likely to be autistic too – in comparison to the general population.

Some plausible causes of autism (during pregnancy) are:

Because children spend more and more time behind computers and television, some parents are even asking themselves if too much TV can cause autism? According to a study made in 2006, there is a chance that TV can actually be the cause of autism. Even though that further research is probably needed, there are some indications that can confirm this.

Because autism usually shows between ages 2 and 4, parents carry most of the responsibility for how long the child is exposed to TV.

How many types of autism do we know?

Well, actually there are 4 different types of autism spectrum disorders:

There is also a disorder called Rett syndrome that has similar symptoms as autism disorders, but doesn’t fall into the same group because it is said to be caused by a genetic mutation.

Do vaccines cause autism?

There isn’t anything to debate. Vaccines don’t cause autism. The majority of scientists and medical experts say that there is no connection between vaccines and autism and even other neurodevelopmental disorders. In fact, vaccination against rubella can prevent the cause of autism (because having rubella during pregnancy can be the cause for autism).

There is no viable treatment for autism that has been scientifically confirmed. The “best we can do” is to try and manage and possibly even lessen the symptoms of autism disorders.

There is also no “best treatment method” for autistic children, so the treatment regime is usually specifically tailored to every child’s needs. Usually licenced psychologists, special education teachers and speech pathologists are the ones who prepare a suggested treatment regime. It can be beneficial to include children into special education programs, so it can help them develop communication, self-care and everyday skills that are needed in life.

We can say that any form of treatment is definitely better than no treatment at all.

Should I use conventional medication?

Some types of medications are used to ease the symptoms of autism in cases when behavioural treatment doesn’t show any progress. The autistic children are most commonly prescribed with psychoactive drugs and anticonvulsants that fall into the groups of antidepressants, stimulants and antipsychotics.

As we all know, many of the conventional medications can cause severe side effects in adults, let alone with children. If we also look at the statement that no known medication actually relieves the core symptoms of autism disorders – does the benefit outweigh the risk?

Can CBD oil help with autism?

According to lots of anecdotal evidence and even studies, CBD oil can be used as a treatment for autism. But before we jump to conclusions, we need to know a few more things.

CBD (cannabidiol) is a chemical compound called cannabinoid that is found in the majority of Cannabis Sativa L. varieties and strains. Besides THC, CBD is the most researched cannabinoid with amazing therapeutic potential that has been confirmed by the scientists. Unlike THC, CBD isn’t psychoactive, so it doesn’t cause the infamous “high”.

Even though that CBD on its own offers us numerous benefits, it is still highly recommended to use whole plant extract, otherwise known as full spectrum. Why do you ask? All the compounds that are extracted from hemp or cannabis (cannabinoids, terpenes, flavonoids,…) best work in synergy and support body homeostasis – that is called the entourage effect.

Of course we have to be careful that we don’t expose our children to high levels of THC because that can affect their brain development, but small amounts (less than 0,2 or 0,3%) are usually more than welcome.

How does CBD work and how does it help?

CBD affects our endocannabinoid system that is responsible for regulating numerous body functions, that include disorders that are usually associated with autism: anxiety, sleepiness, stress and even epilepsy and seizures.

CBD and autism: what do the studies say?

There are some studies about how CBD can help with autism, all showing quite promising results. One of the most recent studies where “the father of CBD” Raphael Mechoulam also participated, tried to characterize the epidemiology of autism patients that are receiving CBD oils (or medical cannabis).

Here is the short summary of the before mentioned study:

In conclusion, CBD and cannabis in general is well tolerated and is believed to be a safe and effective treatment for autists to relieve symptoms that are associated with autism spectrum disorders.

How much CBD does an autistic child need?

There is no right answer to this question as every individual is unique and so are the doses. One study suggests that recommended daily dose of CBD is 16mg per kg of bodyweight and no more than 600mg of CBD should be consumed on a daily basis.

Because every individual is unique, we highly recommend to start with a low dose (2-3 times a day) that you gradually increase every week or so, until you find the optimal dose for your child. Finding the optimal dose of CBD is especially vital when it comes to epilepsy and seizures because higher than optimal dose could have no effect at all.

The first recommendation is as always – try to find a quality CBD oil from a reputable vendor. Also try to look for full spectrum products that are high in CBD and low in THC, as they are in most cases much more effective that CBD isolate oils.

Inform yourself if CBD products are legal in your country.

Consult with your pediatrician or doctor.

Be persistent – it can take up to 5 weeks for the endocannabinoid system to balance itself before it starts “working” as it should.