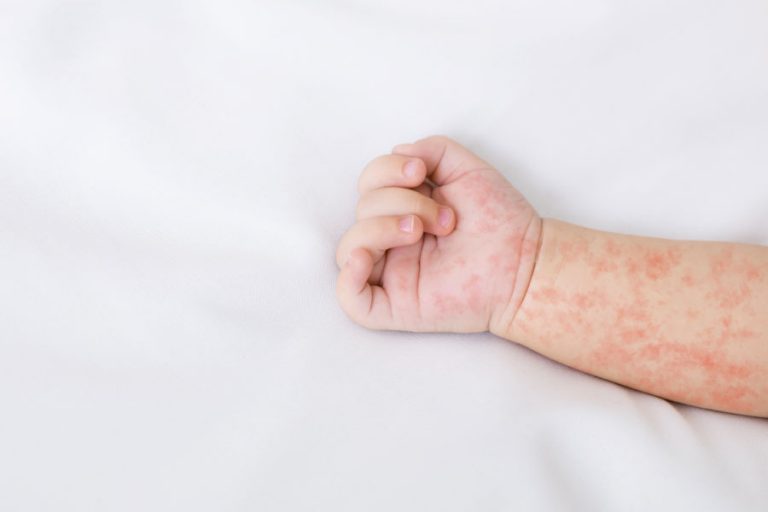 Here is Why You Should Try CBD Oil for Psoriasis

BEST OF HEMP AT YOUR FINGERTIPS.
SHOP NOW →
Psoriasis is a common inflammatory autoimmune condition that affects millions of people worldwide. Here's why you should consider using CBD oil for psoriasis.
TABLE OF CONTENTS

Although the exact causes of psoriasis are still unknown and there is currently no cure for this illness, there are many treatment options to alleviate psoriasis symptoms. However, many of the medications and treatments used to manage psoriasis have important side effects and are potentially dangerous to both skin and the body when used over the long term.

Can CBD oil help with psoriasis?

Recently, cannabidiol (CBD) oil has emerged as a potential natural treatment for psoriasis and other inflammatory skin conditions. CBD is one of the naturally occurring molecules called phytocannabinoids found in hemp and cannabis plants. Unlike tetrahydrocannabinol (THC), the active molecule found in cannabis, CBD is not psychoactive and does not cause a mind-altering high.

CBD oil has gained widespread popularity for its numerous health benefits, as well as for its therapeutic applications in treatment of various illnesses. New research on CBD and psoriasis shows that this natural molecule can be beneficial for treatment of this inflammatory skin condition. So, how does using CBD oil for psoriasis help to alleviate its symptoms? Let’s take a look.

Psoriasis is a chronic inflammatory autoimmune disease which causes white, silvery or red scaly patches (plaques) on the skin’s surface. This condition results from an abnormally fast skin production process, and psoriatic scales typically develop on the body’s joints, such as on the knees and elbows. However, they can occur anywhere on the body, including on the arms, legs, scalp and face.

The exact causes of psoriasis are still unknown. However, medical research shows that psoriasis likely has both genetic and autoimmune causes. Moreover, certain triggers can cause psoriatic flare-ups, including stress, certain medications, alcohol, strep infections and cuts and scrapes.

What are the symptoms of psoriasis?

Symptoms of psoriasis include flaking, inflammation, and thick, white, silvery, or red patches of skin. Psoriasis treatments include steroid creams, occlusion, light therapy and oral medications, such as biologics.

What are the different types of psoriasis?

There are five types of psoriasis, which include the following:

This is the most common type of psoriasis, affecting up to 80% of all individuals suffering from psoriasis. Plaque psoriasis causes inflamed and red patches covered by white or silver scales on the skin, which usually occur on the scalp, knees and elbows.

Pustular psoriasis is another common type of psoriasis that causes patches of scaly, red skin with small pustules (small bumps which contain fluid or pus) on the soles of the feet and on the palms of the hands.

This type of psoriasis causes areas of bright, shiny, inflamed and red skin, which usually appear in the groin, around the genitals, under the armpits and under the breasts in women.

This is a serious, rare and life-threatening type of psoriasis, covering large areas of the body. It causes inflammation, fever and redness of the skin, as well as massive shedding of the scaly patches. Erythrodermic psoriasis can be triggered by certain medications, sunburn or stopping some types of psoriasis treatment. Individuals with this type of psoriasis require urgent medical attention.

What common areas of the body does psoriasis affect?

Although psoriasis can appear on any part of the body, it most commonly affects the outside of the knees and elbows, as well as the face, palms, feet and the scalp.

Psoriasis treatments aim to reduce inflammation and plaque formation, as well as to slow down skin cell growth and moisturize the skin. They include the following:

Psoriasis can be treated with topical medications, which include creams and ointments containing topical corticosteroids, salicylic acid, topical retinoids, vitamin D analogues and anthralin, as well as various types of moisturizers.

Sometimes, for cases of severe psoriasis and when other treatments have not been effective, oral or injectable drugs can be used to treat psoriasis. Some of these medications target the immune response. These include immunosuppressants such as methotrexate and ciclosporin, oral retinoids, and biologics.

This treatment involves shining ultraviolet light (UV) or natural on the skin to slow the growth of skin cells, as well as to inhibit overactive immune cells. Both UVA and UVB light therapies may be effective in treating the symptoms of mild to moderate psoriasis.

Due to its potent anti-inflammatory properties, CBD oil has been recently identified as a promising treatment for many illnesses and health conditions, including psoriasis. Although there is currently no cure for psoriasis, many health practitioners now recommend CBD coupled with other therapies to alleviate psoriasis symptoms. In fact, according to new scientific findings, using a CBD psoriasis cream can be a safe and effective treatment for psoriasis and other inflammatory skin conditions, improving skin hydration and elasticity while reducing inflammation. Another medical study showed that CBD can help to slow down the production of skin cells and has important therapeutic value in psoriasis treatment.

How does CBD oil treat psoriasis?

Psoriasis is an inflammatory skin condition, which results from dysregulation of immune system function and immune cell activation, causing an abnormally fast skin cell production. CBD exerts its beneficial anti-inflammatory properties by acting on the body’s endocannabinoid system, which includes endocannabinoid molecules and their receptors. This system is important in regulating physiological processes such as inflammation, immune response, pain, mood and circadian rhythms.

Endocannabinoids are naturally occurring chemical messengers produced in the body and in the brain, which can activate the release of other molecules responsible for communication between cells. CBD and other plant-derived cannabinoids, such as THC, have a similar molecular structure to human endocannabinoids naturally produced in the body. Essentially, this means that CBD can interact with and bind to human CB1 and CB2 cannabinoid receptors and regulate a multitude of biological processes throughout the body and the brain.

Importantly, the skin also has its own endocannabinoid system, which regulates the inflammatory and immune response of skin cells. Therefore, using CBD to target its signalling processes offer many therapeutic benefits for the treatment of psoriasis and other inflammatory skin conditions. CBD can also slow down the production of skin cells called keratinocytes, normalizing the skin cycle in people with psoriasis and reducing the appearance of psoriatic plaques.

Final thoughts on CBD and psoriasis

CBD oil shows promising benefits for psoriasis treatment. Although clinical research on the use of CBD oil for psoriasis treatment is still new, many people with psoriasis report positive effects of CBD to alleviate their symptoms. Using CBD oil, balms and cream for psoriasis can be used to effectively reduce inflammation, swelling, redness and flaking of the skin, while improving its elasticity and hydration in psoriasis. One of the important benefits of CBD is that in contrast to other traditional medical treatments used to manage inflammatory skin conditions, CBD is a natural, safe and effective option for long-term use. You can talk to you dermatologist to help you find the right CBD dose for psoriasis treatment.