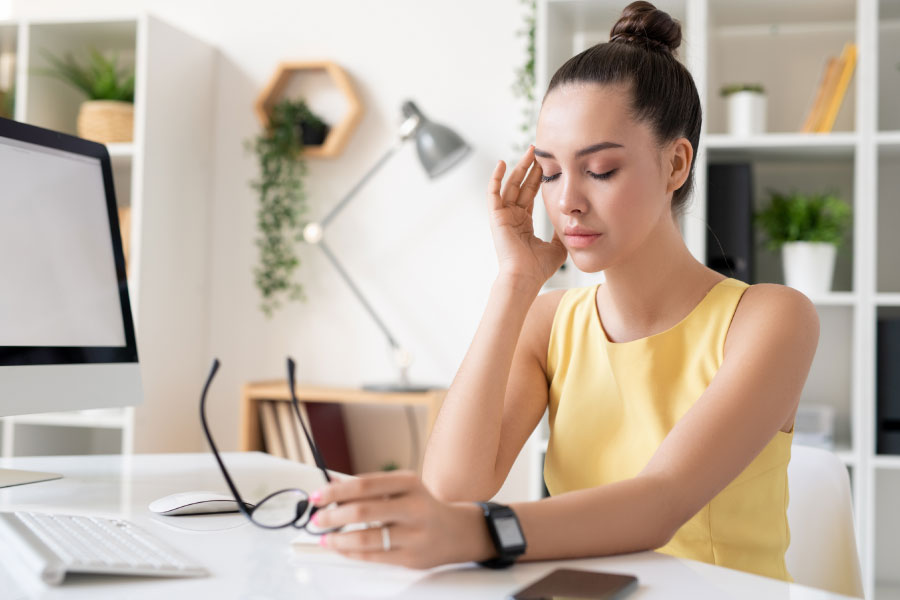 CBD Oil for Migraines, an Idea Whose Time has Come

BEST OF HEMP AT YOUR FINGERTIPS.
SHOP NOW

Conventional medication usually causes side effects like dizziness, muscle weakness, chest pressure and warm sensations. Consequently, they have to be treated with another medicine and in some cases, they can even worsen the migraines. Scientists say that with help of CBD you can overcome this irritating condition without experiencing any of those side effects.

Migraines have been with us for at least as long as humans have been recording their experiences. Texts from ancient Babylon describe people experiencing auras, pulsing headaches in one side of the brain, blurred vision, and more. And Hippocrates, the father of medicine, wrote about what we now recognize as migraines in 400 BC.

In the days leading up to a migraine, a person may experience:

During the actual migraine most sufferers will experience some combination of the following:

Symptoms may last anywhere from a few hours to several days. Some migraine sufferers experience them in clusters with long periods of time in between clusters.

As of this writing, there is no cure for migraine headaches and no known way to prevent people suffering from migraines. The best we can currently do is treat the symptoms, lessen that suffering and perhaps hasten the recovery time.

The following medications are often prescribed as a way to obtain migraine relief:

It is believed certain medications may help fend off migraine headaches. Although it is difficult to measure their actual effectiveness since there is no ironclad way to determine how many times something didn’t occur. That said, these preventive medications include:

One of the most exciting developments in the field of migraine research has been the growing evidence that CBD oil may help alleviate some of the worst migraine symptoms. As we have seen, many traditional migraine treatment vectors produce odious side effects. The biggest side effect from CBD oil, however, seems to be nothing more than a bit of drowsiness. But before we get ahead of ourselves, let’s look at what the clinical research says about the effectiveness of CBD products in treating migraines.

What is CBD Oil?

CBD is short for “cannabidiol.” It is one of several hundred compounds present in the oil of cannabis plants, including hemp and marijuana. Unlike weed, CBD oil contains only trace amounts of THC, so you’re not going to get high from taking it.

As the movement to legalize cannabis has spread nationwide research into the medicinal properties of cannabinoids has increased as well. And one of the bright spots in that research is the emerging evidence that using CBD oil for migraines is an idea whose time has come.

Experts don’t all agree yet on the most effective way to deploy CBD oil for migraines. But, as Dr. Stephen Silberstein, director of the Headache Center at Jefferson University Hospital in Philadelphia, explains, “It may prevent nausea and vomiting.” Which are two of the most unpleasant migraine symptoms. Dr. Silberstein also stresses that – as we mentioned earlier – you won’t wind up high. “It (CBD oil) works locally, and even if taken orally, it won’t produce intoxication,” he says.

The Right Dose of CBD for Migraines

When it comes to using CBD oil for migraines research is still in its infancy. As such the precise CBD dosage for migraines has not been worked out to any degree of exactitude. What is known is that vaping CBD oil for migraines seems particularly effective if done during the early stages of an attack. That’s because vaping tends to deliver the cannabinoids to the system faster than other methods. The jury is still out, however, on whether any form of CBD oil therapy is effective in treating the devastating hemiplegic migraine.

That said, CBD drops for migraines (sometimes referred to as “CBD tinctures for migraines”) and CBD sprays for migraines administered nasally or beneath the tongue have shown promise alleviating the nausea and vomiting Dr. Silberstein referred to. In addition, those types of CBD administration have also demonstrated the ability to relieve the aches and pains that often accompany migraine episodes.

A fairly large scale German study concluded that the effectiveness of CBD oil for migraines varied from person to person. This likely indicates that the human endocannabinoid system is highly individualized. And, as such, the exact type of CBD used, as well as the dose, will need to be determined on a case by case basis between patient and doctor.

So, Is CBD Oil Good for Migraines?

According to research published by the National Institutes of Health (NIH) cannabinoids “present a promising class of compounds for both acute and prophylactic treatment of migraine pain.” This is due mostly to their increasingly well-understood analgesic, anticonvulsive, anti-inflammatory and antiemetic effects.

As the veil of illegality is lifted from cannabis, the remarkable properties of cannabinoids are finally being revealed through scientific research and a wealth of personal experience. CBD oil for migraines is one of the most exciting and promising applications of these remarkable compounds. One that promises to bring a new level of effective treatment and relief to millions worldwide who suffer the scourge of this debilitating condition.