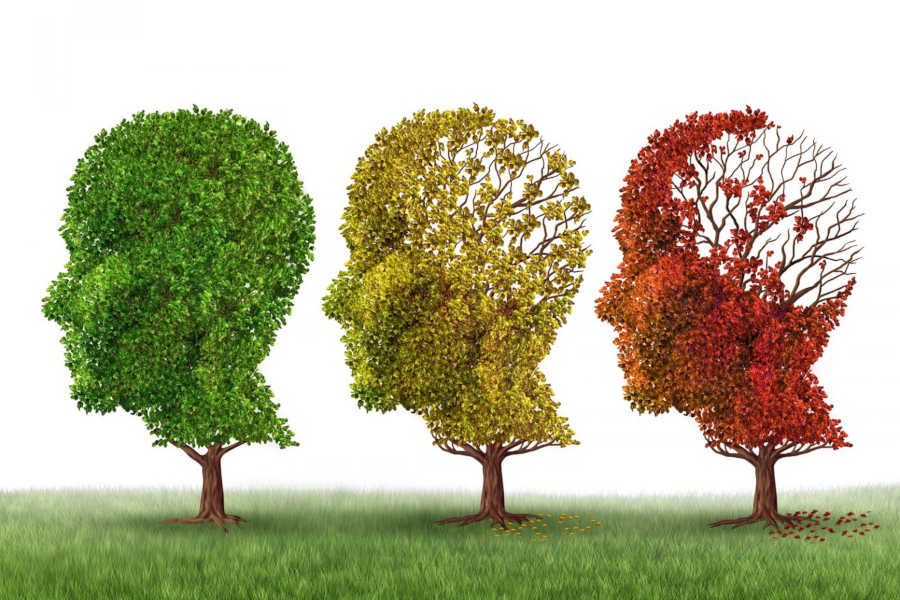 Dementia may be one of the most common problems associated with old age, but this cognitive disease comes with a lot of heartaches – not only to the sufferer but their caretaker as well. It changes the person, slowly stripping away much of their personality and ability to take care of themselves. Dementia takes away a person’s mental and cognitive skills, affecting their memory, language, character, and behavior.

Dementia predominantly affects the elderly population, especially those who are 65 and older. This terrible disease impairs memory and reduces a person’s cognitive abilities, including language, thinking, and decision making.

While conventional dementia treatment methods help delay the process, the medications used to control dementia symptoms often have side effects that could worsen the patient’s overall health.

The studies we have on CBD and dementia show encouraging results. Not only can it relieve symptoms, but CBD dementia treatment can also help delay its progression.

So, can CBD oil help dementia? What are the CBD oil benefits for dementia? More importantly, Is CBD safe for the elderly?

Dementia is a group of symptoms that mainly affects memory, thinking capabilities, language, social abilities, and behavior. This problem commonly manifests and progresses as one gets older. In the late stages, dementia can become very debilitating and can often require round the clock care.

What are the Symptoms of Dementia?

The symptoms of dementia vary wifely, but they all have common signs and symptoms.

Below are the most common signs of dementia.

What are the Types of Dementia?

There are several types of dementia, and some of them are even linked to diseases:

The leading cause of dementia is the degeneration of brain cells, which affects their connections with each other. In short, the more connections we lose, the more symptoms that develop.

What are the 7 Stages of Dementia?

There are seven dementia stages:

Many people get confused between dementia and Alzheimer’s disease. Dementia is the common term given to a group of symptoms, including memory loss and other cognitive abilities that are severe enough to interfere with daily life.

Alzheimer’s disease, on the other hand, is a type of degenerative brain disease caused by the accumulation of tau proteins and neurofibrillary tangles in the brain. Alzheimer’s is also the leading cause of dementia.

As mentioned earlier, CBD use in dementia patients can be very beneficial. CBD (cannabidiol) is just one of the many beneficial cannabinoids produced by the cannabis plant. Most importantly, it is not psychoactive. This means it won’t get you high. It also doesn’t increase dependence or addiction risk.

CBD is extracted from the plant and turned into oil, which can then be taken by patients orally or sublingually to control symptoms.

Today, an increasing number of people use CBD for dementia and find it very beneficial.

How Does CBD Help with Dementia?

What does CBD do to the brain? How does CBD help with the early signs of dementia?

Below are the five CBD dementia benefits:

Early-onset dementia is dementia that developed before the age of 65. The sooner dementia is detected, the sooner the patient can get treated to delay progression.

CBD vs. Conventional Drugs for Dementia

Conventional dementia treatments can help reduce symptoms and delay the progression of the disease. However, these drugs often have adverse side effects like sleep problems, lethargy, appetite loss, muscle pain, allergic reaction, nausea, vomiting, and even hallucinations, aggression, and agitation.

CBD, on the other hand, is safe and nontoxic. It is also well-tolerated by patients and can help reduce side effects associated with dementia medications. It reduces pain and relaxes the muscles, and it can also improve appetite and control nausea and vomiting. CBD also helps improve sleep and reduce anxiety and depression.

Are There Any Bad Side Effects of CBD?

Of course, CBD is not perfect. CBD also comes with its own side effects, such as dizziness, dry mouth, bowel changes, and drowsiness. In comparison, these are mild and well-tolerated by patients. Moreover, the symptoms go away in time once the body gets used to CBD.

Studies on CBD for Dementia and Alzheimer’s Disease

Studies on CBD and dementia patients are limited, but the research studies we have show promising results.

In a recent study, CBD was able to protect the brain cells from Alzheimer’s disease and reduce the damage it can cause. It also improved the neurons’ survival rate and stimulated neurogenesis or the formation and growth of new brain cells. The study also showed that CBD and THC’s combination was more effective than CBD or THC alone.

In another study, CBD combined with THC helped improve the overall wellbeing of patients with dementia. It showed that medical marijuana could reduce behavioral problems such as agitation and irritability and nocturnal behavior disorders, and abnormal motor and vocalization problems. The study also noted an improvement in the participants’ cognitive scores.

These are just some of the CBD and dementia studies worth noting. There are continued studies underway that look to identify more benefits of CBD use.

How to Choose the Best CBD for Dementia

In choosing the best CBD oil for dementia, always look for the product’s laboratory results. This shows the product’s potency as well as safety.

Always double-check reviews about the CBD oil product first, as well as the company you are buying from. The reviews published by other customers can give you useful information about the product and its pros and cons.

How to Use CBD for Dementia

If you’re going to use CBD oil for dementia, make sure to start with a smaller dose that you take 2 – 3 times a day.

Stay on this dose for a few days (at least three to five days) and assess the reaction. If there’s been no improvement, then increase the amount.

CBD is a personalized treatment. You’ll have to find a dosage that works best for your particular condition.

There’s not enough proof to say conclusively that CBD cures dementia. However, CBD does have properties that help relieve dementia. The properties of CBD can also help to address the causes of dementia.

We always recommend discussing the use of CBD with your doctor first, especially if your condition is severe and chronic. Not only do they know the patient’s medical history very well, but they can also help choose the best CBD oil for dementia.

Is CBD oil safe for seniors?

CBD oil is completely safe for seniors, as CBD (cannabidiol) – the main active ingredient is non-intoxicating and safe to use according to World Health Organization. Not only that it’s completely safe, but it is even recommended to use, as it can improve brain functionality.

Can CBD heal the brain?

CBD can’t heal the brain, but it can drastically improve its functionality and delay the deterioration of the brains when it comes to neurodegenerative diseases such as dementia, Parkinson’s and Alzheimer’s.

Which CBD is best for dementia?

Does CBD Oil cause memory loss?

No, CBD oil doesn’t cause memory loss – it can even improve someone’s memory by stimulating neurotransmitters in the brain. THC on the other hand – a psychoactive compound – is well known for causing short term memory loss, so it is recommended to avoid large amounts of it.