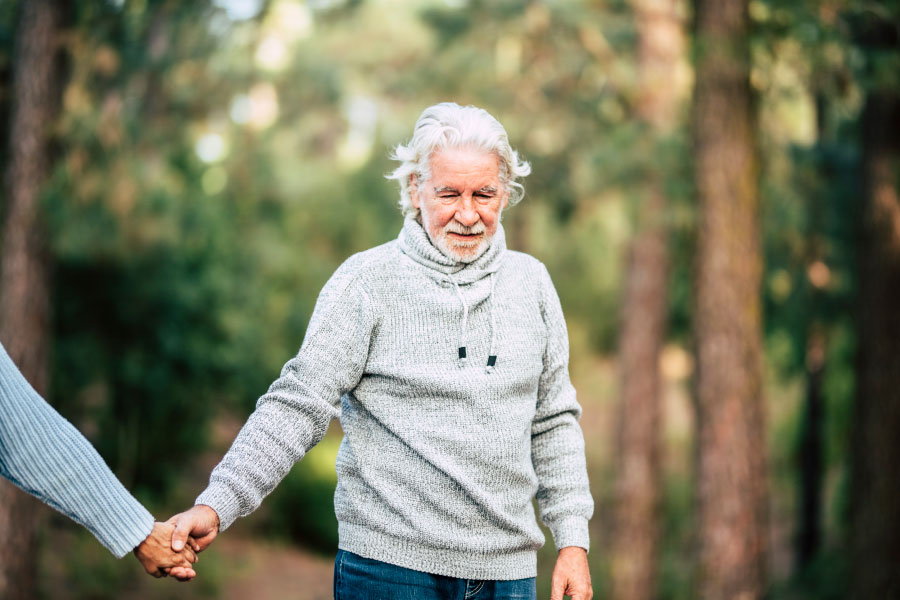 This Is Why Alzheimer’s Patients Should Use CBD Oil

Alzheimer’s affects the patient’s cognitive functions – from memory, focus, and attention to reasoning, judgment, and communication. Although medications can work to control symptoms, drugs cannot effectively manage the progression of the disease. Unfortunately for sufferers, drugs can only work to delay the process.

The emergence of the use of CBD as a medical aid has lead to research studying CBD effects on Alzheimer’s. Although the number of studies is limited, their results are very promising.

Some studies have shown that using CBD for Alzheimer’s can help patients by reducing the symptoms. Similar to conventional drugs, CBD can also delay disease progression. But unlike traditional medicines, the use of CBD, such as drops, has fewer reported side effects. Moreover, the side effects are also very well-tolerated by the patients.

So, is CBD a miracle drug for those suffering from Alzheimer’s?

Who is Alois Alzheimer?

Alzheimer’s disease was discovered in April of 1906. Dr. Alois Alzheimer was informed of the death of a woman who suffered from severe memory loss as well as difficulty communicating. It was also reported that the patient exhibited extreme, often unpredictable, changes in behavior.

When the patient died, Dr. Alzheimer arranged for her autopsy and examined her brain. His investigation revealed that the brain tissue has several abnormal changes. There were clumps of plaques as well as tangles of fibers in the brain tissue, which could have accounted for the changes in her cognitive functions and behaviors. The clumps were found to be amyloid plaques, and the tangled fibers were made up of tau proteins or neurofibrillary tangles.

What is Alzheimer’s disease?

Alzheimer’s disease is a debilitating disease caused by the formation of specific plaques and proteins in the brain. These abnormal changes disrupt the way the brain typically functions, leading to the first signs of Alzheimer’s. As the disease progresses, symptoms also worsen.

How does Alzheimer’s kill you?

Alzheimer’s itself does not directly kill the patient. Instead, it’s the complications caused by the disease. Complications of Alzheimer’s disease include reduced brain function, which makes day to day life difficult. Pneumonia caused by the inability to swallow correctly is the most common cause of death.

What are some signs of Alzheimer’s disease?

Early Alzheimer’s symptoms and signs include memory loss as well as difficulty in solving problems, planning, and completing tasks. The patient also exhibits confusion, especially when it comes to time, place, and spatial relationships. They may also have problems not only with communicating and speaking but with writing as well.

What are the types of Alzheimer’s disease?

What are the stages of Alzheimer’s disease?

Is dementia the same as Alzheimer’s?

Dementia is a symptom characterized by declining mental and cognitive abilities that affect a patient’s day-to-day life. Alzheimer’s disease, on the other hand, is a specific disease that has dementia as one of its distinguishing characteristics.

How is Alzheimer’s diagnosed?

Alzheimer’s disease is diagnosed through a review of symptoms as well as laboratory tests such as brain-imaging scans (CT and MRI scans).

CBD (cannabidiol) is a type of naturally-occurring cannabinoid that the cannabis family produces. Compared to THC, CBD is not known to cause a high or trigger psychoactive effects. There are a growing number of people who use CBD for Alzheimer’s and dementia.

CBD comes in many forms, the most common of which is oil. CBD oil can contain pure CBD or come with other
cannabinoids and terpenes (full-spectrum CBD) to benefit from the Entourage Effect.

There are many
benefits of CBD oil for Alzheimer’s patients, especially when it comes to symptoms. CBD oil benefits Alzheimer’s patients by reducing the low-grade chronic neuroinflammation in the brain, which is caused by damaged brain tissues. CBD oil, according to some studies, may also help decrease agitation and behavioral changes in patients.

Alzheimer’s CBD treatment vs. conventional medications – Which is better?

While conventional medications help control symptoms and delay disease progression, they do have worrisome side effects such as increased blood pressure, bowel movement changes, dizziness, confusion, fatigue, and headaches. These drugs also cause difficulty in urinating.

CBD oil for Alzheimer’s, on the other hand, is a safe compound that can help relieve symptoms. According to the
World Health Organization, CBD is harmless and nontoxic. It is also nonpsychoactive and won’t get you high.

Of note, CBD should not replace Alzheimer’s meds. Instead, it can be used with conventional medications in improving Alzheimer’s care.

Are there research studies on CBD and Alzheimer’s disease?

Although many patients have felt symptom relief from using CBD, we do lack more studies on the interaction between CBD and Alzheimer’s.

Another CBD and Alzheimer’s study was performed on mice, and it showed that this cannabinoid has the potential to
reduce memory impairment.

How do you use CBD for Alzheimer’s disease?

Most brands recommend that patients should start with one full dropper daily of CBD oil. You should know that CBD therapy is a personalized treatment. Therefore, It will take some trial and error before you find a suitable CBD dosage for managing your symptoms.

To get the best CBD dosage for you, you can start by taking half a dropper for the first three days. If there are no significant changes or symptom relief, then increase your dosage. However, if you develop some adverse side effects, it means that your dosage is too high, and you may need to lower it.

Before trying CBD product for Alzheimer’s, be sure to consult your primary care physician. They can help answer your questions about Alzheimer’s and CBD oil, as well as provide recommendations on CBD oil for Alzheimer’s disease and the best Alzheimer CBD dosage.

So, can you give CBD to Alzheimer’s patients? Yes, you can, but ensure you do so under the guidance of a medical professional.