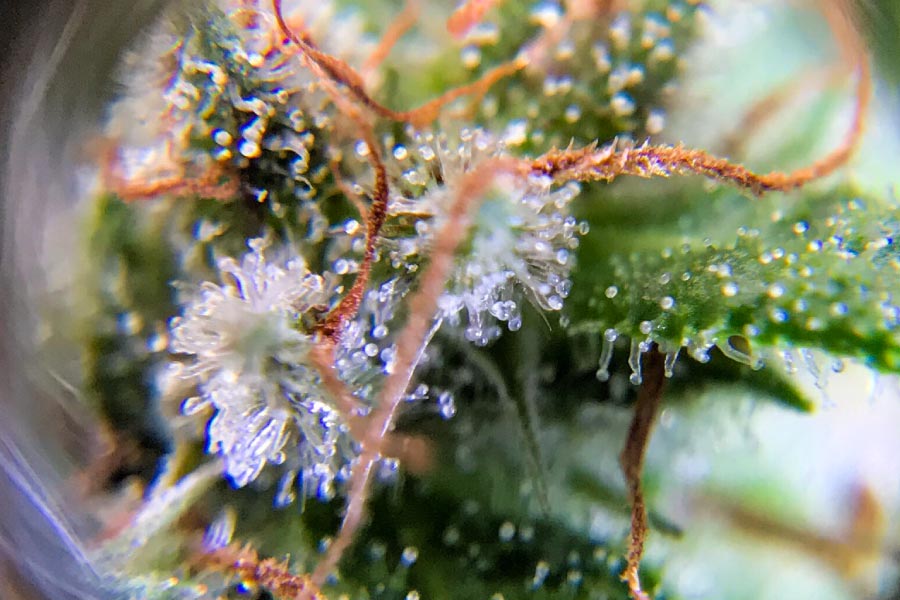 Cannabis or hemp plant produces over 400 chemical compounds throughout its life cycle. More than 140 of that chemical (terpenophenolic) compounds are cannabinoids, found in trichomes. By discovering the therapeutic potential of cannabis, this number is only increasing with numerous studies. Cannabinoids are usually obtained from cannabis or hemp, but they could also be found in other cannabinoid plants (purple coneflower, Acmella oleracea, Helichrysum, Humulus,…). Molecular structure of the most famous cannabinoids (THC, CBD) was explained by Raphael Mechoulam in 1963 & 1964.

THC in most commonly found cannabinoid in cannabis. Scientists Wollner, Matchett, Levine and Loewe were the first to extract THC from hemp in 1942 (probably in combination with delta-9 & delta-8-tetrahydrocannabinol). THC is one of few psychoactive cannabinoids that bind to CB1 & CB2 cannabinoid receptors in the body, and is one of the main reasons that cannabis (except industrial hemp) is illegal in the majority of the world. Even though that THC is mostly abused for the recreational purpose, it can give us many beneficial effects when used correctly:

CBD is considered the second most researched cannabinoid in cannabis. Roger Adams, American organic chemist was the first to isolate CBD from other cannabinoids (probably in combination with Cannabidiolic acid – CBDA) in 1940. Similar to THC, CBD also “doesn’t exist” in hemp itself, but is also product of decarboxilation of CBDA at temperatures between 160-180 °C. Cannabidiol (CBD) is non-psychoactive cannabinoid that doesn’t cause all known THC “high”. Instead it gives us wide variety of benefits to maintain and improve our health:

Due to the numerous beneficial effects of cannabidiol, more and more CBD enriched hemp products are emerging. For this reason, Hempika ® has decided to offer you a wide range of high quality hemp products that are certified, analysed, produced from organic cannabis, without the use of herbicides, pesticides and mineral fertilizers. All Hempika ® hemp products are manufactured using a modern extraction method with supercritical carbon dioxide, without the use of toxic solvents. Hemp products can be obtained in the form of ointments, tinctures, extracts and other innovative products.

According to studies, Cannabigerol (CBG) is known to be the only cannabinoid with the ability to stimulate the growth of new brain cells. CBG is non-psychoactive cannabinoid and can have a beneficial effect on our body:

Tetrahydrocannabinolic acid (THCA) is transformed into a non-psychoactive CBN cannabinoid by ageing and oxidation. Even though CBN was first isolated phytocannabinoid (late 1800’s), it hasn’t been researched as much as THC or CBD. Even with that in mind, Cannabinol also provides many beneficial effects:

Because of the lack of studies and the very low concentrations of cannabinol in cannabis or hemp, there are only a few known cannabinoid benefits how CBN interacts with your endocannabinoid system. The beneficial effect of cannabinoids are discovered on an allmost daily basis, so we can assure that this will change in future.

CBC is non-psychoactive and is the third most common cannabinoid found in cannabis or hemp. In some cannabis strains, it can even exceed the cannabidiol (CBD) content. When CBC is used in combination with THC, its ability to relieve inflammation increases significantly. CBC predominantly interacts on TRPV1 and TRPA1 receptors and has many properties that can have a positive effect on our health:

Cannabichromene (CBC) is a special cannabinoid, since it does not only relate to cannabinoid receptors that take care of a balanced endocannabinoid system, but also to some other receptors.

THCV is a homologue of THC and it has similar chemical structure. It is said that in small quantities THCV acts as a THC cannabinoid antagonist (it reduces its effects), but in bigger quantities acts as a THC cannabinoid agonist (it encourages its effects). Because there is a lack of studies, it is hard to say if THCV is a psychoactive or non-psychoactive cannabinoid. Even though, we know some benefits of Tetrahydrocannabivarin:

Despite the already known therapeutic potential that THCV has to offer, a considerable amount of research will be required to fully understand the functioning of this cannabinoid.

Cannabidivarin is CBD homologue and shares a similar chemical structure. CBDV is found in small quantities in hemp and is a non-psychoactive cannabinoid. Even though there is lack of studies, it is known that cannabidivarin has similar therapeutic properties as cannabidiol (CBD), but with certainty, we can only assert that CBDV helps to reduce nausea and prevent epileptic seizures.

A considerable number of endocannabinoids have been discovered, among which the most widely studied are Anandamide, which was discovered in 1992 by Czech analytical chemist Lumír Hanuš and 2AG. A set of cannabinoid receptors and endocannabinoids is called the endocannabinoid system, which plays an important role in neurophysiological processes within our bodies, with one sole goal – homeostasis – a physiological process involving the whole body (tissue and cells) in order to maintain its balance, which is a condition for maintaining life. This is why we need to be careful and avoid consuming silver, some medicines (morphine, ibuprofen, ketamine,…), silicon and sulfur dioxide, BPA,…as this can lead to a clinical cannabinoid deprivation. The consequences of cannabinoid deficiency (migraine, fibromyalgia, irritable bowel syndrome, etc.) can be avoided by exercising, yoga, meditation, massages, organic nutrition, …, as this contributes to endocannabinoid production.

Anandamide was the first discovered endocannabinoid. Its name originates from liturgical Hindi language (Sanskrit), which in translation means bliss, joy. Its discovery is considered very important for understanding the interactions between cannabinoids and the endocannabinoid system.

Anandamide is formed from lipids in cell membranes, which can be found throughout the whole body. The formation of Anandamide stimulates simultaneous changes in the central nervous system, including the brain and spinal cord (primarily by binding to the CB1 receptor) and the immune system (CB2 receptor). Its effect was also percieved on TRPV1, PPARα, PPARγ and GPR55 receptors. Anandamide has the ability to alleviate cough, schizophrenia, fight against cancer and increase the sense of well-being. Its content can be increased by cardiovascular exercises, by eating chocolate or consuming CBD products.

2AG, like Anandamide, is derived from lipids in cell membranes and has an effect on CB1, CB2, TRPV1, and GPR55 receptors. 2AG can be detected in the central nervous system in large amount and in brain and breast milk in smaller amounts. 2AG is the most common endocannabinoid in our bodies and plays an important role in stimulating appetite, relieving pain, controlling vomiting and preventing tumours.

There are more than 120 known chemical variants of synthetic cannabinoids, the active ingredient in synthetic marijuana, Spice and K2.

Over the years, the understanding of synthetic cannabinoids has increased as there is increasing numbers of studies on laboratory mice, but this does not mean that they have the same effect on the human body as well.

When talking about the use of natural hemp products, we usually do not consume only one cannabinoid, but a whole range of cannabinoids, flavonoids, terpenes, and other biologically active molecules. With this, we achieve the synergistic effect of natural chemical compounds, which gives us huge therapeutic potential. Considering the role of the endocannabinoid system in our bodies, the multifaceted action of the natural form is a great advantage. If you are not completely sure about the content of cannabinoids and other substances in your cannabis products, you can check them with cannabinoid analysis and discover their benefits.